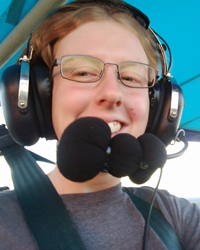 Fiona Shanahan BA (Hons) is an aviation archaeologist based in Australia’s Top End. She was awarded a First Class Honours in 2014 for her research into aviation heritage management in Australia and the Marshall Islands. Since 2014 Fiona has continued researching Top End World War II aviation heritage, which has resulted in papers regarding the living history at aviation sites and one of the first definitions for aviation archaeology. As part of the Heritage of the Air team, Fiona will investigate the impact of civil aviation on Top End Communities.